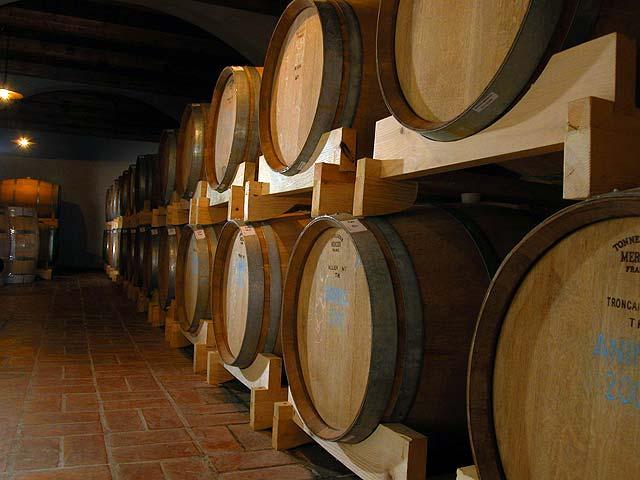 The whole Istria, as well as Funtana, prides itself on the excellent wines of this area. In vineyards across Istria, the white wine cultivars produce approximately 70% of the assortment.

Among them the white Istrian malvasia is the most expanded, almost with the 90%.

Here there are also the white and grey pinot, sauvignon and chardonnay, and among the black wines you may find teran, bourgogne, merlot, refošk and cabernet, and the hrvatica rosé.

When it comes to dessert wines, very well known are the sweet malvasia and red or white muscat, but lately we have an ever growing scale of quality local sparkling wines.

Teran is considered a naturalised culture of this area, and it can be classified among recommended wines of all the Istrian vineyards.

Muškat ruža is an autochthon Istrian sort from Poreč that was significantly spread in Istria some time ago, and which was used for the production of a very known and quality dessert wine. The wine-growers have completely disregarded it due to its low fruitfulness. During the last years there is a light tendency to broaden it again.

The black hrvatica is probably an Istrain endemic sort. This arises from comparative analyses with other similar sorts, and therefore this is not the selfsame sort as the one the Italians call croattina. Besides the fact it is included among the recommended cultivars in all the vineyards of Istria and of the Croatian littoral, it is not very represented within the assortment. It is suitable for rosé wines production.

Being your hosts, we would like to suggest the following menu, if you please: Istrian pršut and sheep-milk cheese as the hors d’oeuvre, minestrone with corn to follow, and fuži with a little bit of cooked sour kraut or njoki with žgvacet as the main course. For dessert we suggest pancakes in zabaglione. A fish menu could be the following: a few oysters, shells’ stew, barbecued goldfish or sea bass and a few grilled shrimps.

As far as wines are concerned, we have already said it all, except one note: taste the Istrian supa (a concoction of red wine, olive oil, sugar, pepper and roasted bread). Bon apetit!

Istrian rakija (brandy) is a strong alcoholic drink produced by the liming of grape husks and stalks. During the liming various aromatic herbs are added in the cauldron, such as red juniper berries, rosemary, herb-of-grace, wormwood, quince and other. The most known is the herb-of-grace brandy.

The grape vine is known in Istria as a culture since ancient times.

The oldest proof of grape vine cultivation and wine production on the Republic of Croatia area can be found in Istria. We can find evidence of that in Raša valley, where Kalavojna bay is situated, which in Greek means good wine (kala-good, oenos-wine).

The Phoenicians brought the grape vine to Raša valley. The Histri, an Illiric clan who lived on the Istrian area and after whom Istria had been named, took the viticulture over from the Phoenicians. When the Romans vanquished the Histri, 179 – 178 years before Christ, they found a well developed viticulture and wine production.

There are many archaeological excavations in Istria, in which wine grape motives were found engraved in stone, just as mangles, wine presses, wine jars etc.